Brighton Bandstand, the Birdcage sitting on the city seafront, designed by Phillip Lockwood and completed in 1884 is designated as a Grade II Listed Building of Architectural importance. The fancy cast iron work was manufactured by Walter Macfarlane & Co. of Saracen Foundry in Glasgow, now operating as Heritage Engineering. 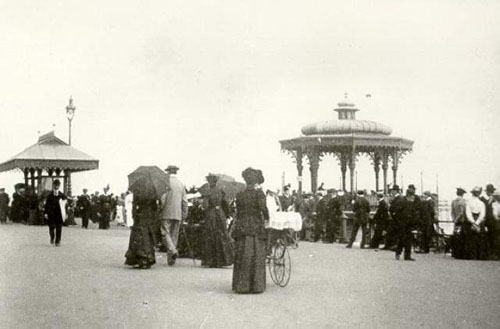 Bandstands were hugely popular throughout Victorian Britain and Brighton & Hove originally was once to have boasted to have eight strewn across the two towns. The last one to be torn down was in Hove at the location of what is now the Babylon Lounge.

The Brighton Bandstand was designed with a garden landscape along with other essential utilities. The Victorian's original aim was to develop the area and create a vibe for music and performance which would serve the local community along with all of its visitors to Brighton & Hove. These were the days when Brighton was the number one british seaside destination, in a time when the West Pier had paddle streamer rides, and in an era when the big wide world really was still truly full of adventure. 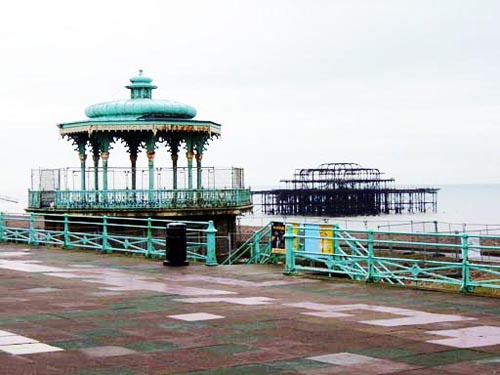 The Brighton Bandstand and its use as a performance venue lasted up until the mid sixties and bands still actually performed on it up to that point, but it has wastefully not been utilised for the last forty years. In the 70's the bridge connecting the bandstand to Kings Road was removed for reasons of safety, and the toilets were abandoned.

The Birdcage, as it is so fondly referred to as, was left to stand neglected, unused and as sick as a parrot. 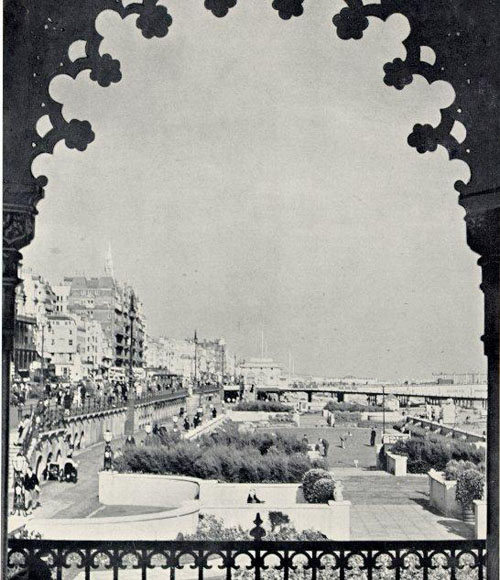 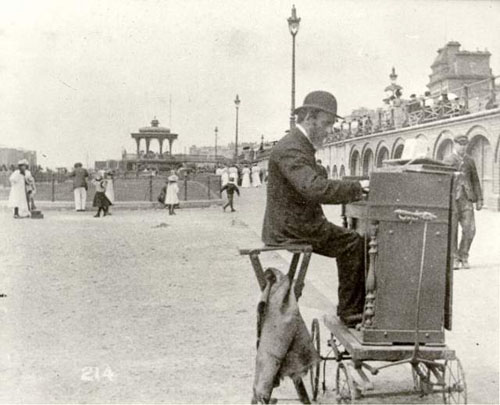 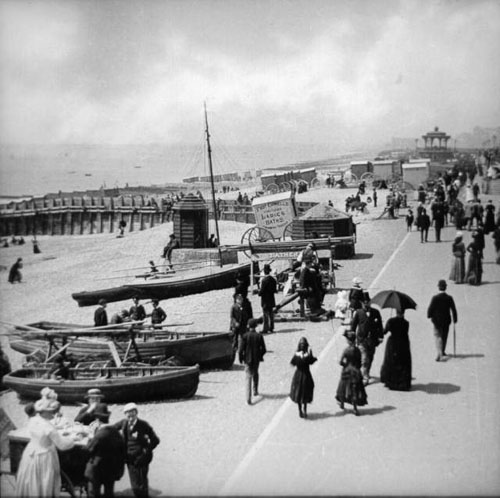 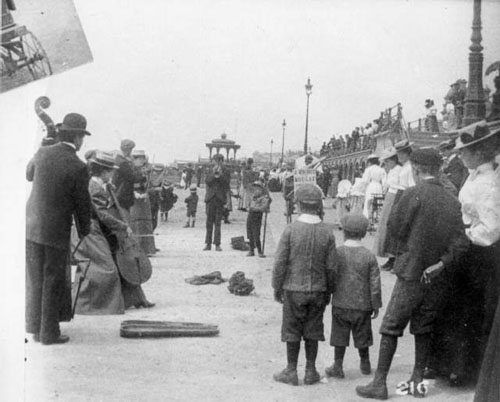 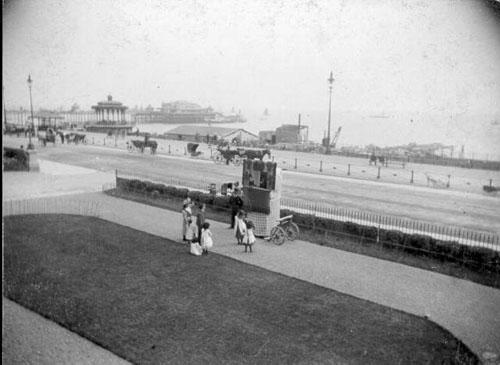 With the Brighton Bandstand's restoration already well on its way with some of the structure already being reassembled back in Brighton, this was an initial report of its status from Ted McAvoy of the Leander Architectural Foundry where the restoration was being assessed and

Overall - Phoenix Foundry set out to build a structure which was all but bomb-proof. It is far more massive and rigid than the archetypal McFarlane and Elmbank examples.

If there was a flaw in Phoenix's design, it was that they made everything a bit too rigid, allowing no expansion / contraction movement between components. Aesthetically, the design is a bit of a mish-mash but it works!

The column capital details were cast separately and pinned on - very neatly. So far, we've found no major column defects, though we have a visit from the crack detection specialists so will know more then. 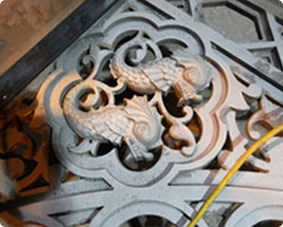 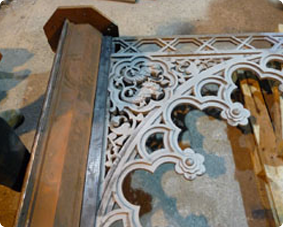 Spandrels and arches - much the same as for the columns. The top 6" of the spandrel arches have corroded fairly badly as they were almost impossible to paint in situ and were neglected as a result. They are not too far gone though. We propose to add a new flange of 50 x 10mm galvanised steel to sit over the damaged ones - see photo.

Balustrades - scruffy. Many small breaks and cracks. Won't know until they're all blasted how many can be reused.

Gutters - the less said the better!

Roof - the roof framework is far and away the most significant piece of design and engineering skill in the whole structure. It's unique, well thought out and has worked superbly to tie the structure together, support the ceiling, carry the timber roof cladding and lantern light AND dispose of the rainwater. 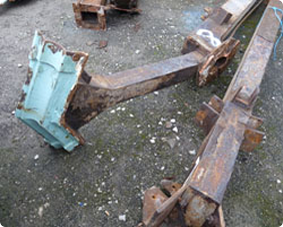 The use of rectangular cast hollow sections for the roof ribs anticipates the way the roof would have been made if rolled steel hollow sections had been available at the time. Apart from the top faces of the ribs, which have corroded and may need plating, all seems to be in good shape, though the upswept extensions which take the rainwater from the gutter are pretty tatty. It's a shame that no-one will see the roof framework once the ceiling is in place!

Live on 'The Late Show'